Sorry folks, but it doesn’t look like that there will be Shonen Jump Alpha impressions this week due to getting ready for Anime Central this year. Don’t forget to come and compete in the Hallway Costume Contest for some fabulous prizes, and we hope to see you at either the Fairy Tail gathering on Friday or the One Piece gathering on Saturday. Good luck to all would-be contestants and to those participating in the masquerade. Expect a full recap with hopefully some good stories in the next episode of Cosplay Jam. Don’t forget to check out the Facebook page for photos, and follow us on Twitter for random updates from the convention. Stay SUUPAA!

Anime Central is literally right around the corner, and yet we are able to release this just before our flight! This episode feature’s special guest Amy (aka Tashigi) from Viz and Anime Expo. Have a listen to the inner workings of Viz and AX Masquerade. We’ve got good life tips, cosplay tips, horror stories, and more! And somehow we talk about food trucks again. This podcast is brought to you by Daiso, Japan’s largest 100 yen store chain, and Blue Microphones (not really). Episode 15 is a go!

See you at Anime Central! Remember, One Piece Podcast panel, 7:30 PM at Friday in the Paris Room. We’ll also be at the One Piece cosplay gathering on Saturday at 4:00 pm. 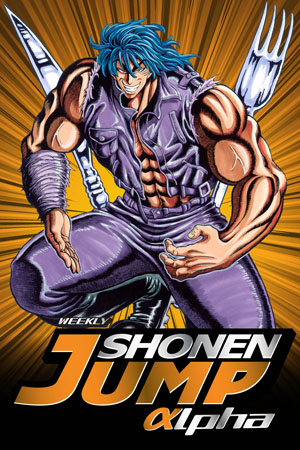 Sorry it’s been a while since the last SJA impressions post. Been super (SUUPAA) busy with real life dual jobs getting in the way along with working on cosplay. But now, I can get back on track, and continue with this week’s SJA release!

Chowlin Temple – Master Chin Chin-chin’s quirks of getting Toriko and Komatsu’s names wrong are pretty hilarious to me. I thought it would get old at the end of the chapter, but I was wrong. I’m glad that the disappearing chefs are mentioned again, because it didn’t really seem that it was noticed by our heroes a few chapters back. We’ve just kept going and going with these short stories. I’m sure Chiyo will be very important in the future. Chowlin Temple kind of reminds me of the Indiana Jones movies in a way. Lots of traps to surpass in order to get to the treasure inside. But with Master Chin-chin’s Spoon technique, looks like Toriko will eventually add his missing utensil attack. Of course, when he does use it, I’m going to imagine him yelling it in an elongated manner, just like in The Tick.

Brother Time – I’m really glad I was wrong in assuming it would be Itachi vs Sasuke round 2. This is way better. Kabuto seems very formidable with his techniques, and while I really dislike Sasuke as a character, this is some good quality flashback between him and Itachi. Fast paced action, great callbacks, and even a little comedy. Yes, I’m willing to eat my own words that I’m liking a Sasuke-centered story. Though, I’ll definitely fanboy for another Shikamaru-centered one.

Moment and Final Volume – Azuki did it! Oh man, after years of wondering when their dream will finally come true, here it is! Let’s see, it’s been about four years in serialization, but I think in manga time they’ve worked at this for 8 years. Amazing how time flies. I can’t shake this feeling that they’re wrapping up the series. Can they actually extend it after Saiko and Azuki get married? Love that Kato is still really guy-crazy. And our heroes are growing up so fast. Saiko wants a house?! With eight chapters left of Reversi, the tension grows between Editor-in-Chief Heishi’s intentions and Shuujin’s desires to be number one in Jump. Of course, leave it to a Jump series to hammer in the belief of “Let’s all work hard together toward our goals.”

I just found out that Bakuman will be ending in the Japanese Weekly Shonen Jump issue that comes out on April 23. That means the May 7th issue will be the final chapter in SJA. *sadness* What will take its place after? Stay tuned!

Warlord Law vs Vice Admiral Smoker – So, does anyone think that Smoker would be part of a Buster Call? Anyway, creepy and cute is the best way to describe the new jailer, Minochihuahua. How long has that guy been dead on that noose? Law is kicking all sorts of Marine ass, including Tashigi’s. While we only caught a glimpse of his strange abilities back in Saobody, Punk Hazard seriously shows how fearsome they truly are. Of course, in two years Smoker’s really stepped up his game, too. I wonder how big Law’s “ROOM” ability can extend? We get a lot of reveal here, too: Brownbeard’s confirmation, Monet the Harpy, a better image of gas dude, AND that newspaper with half of the Straw-hat crew photographed! Still love the running gag with the inability of Sanji to be photographed properly! Of course, we’re left with quite the cliffhanger, Smoker’s heart taken and Luffy joins the fray?!

The Crimson Cremation – Hueco Mundo attacked? Looks like we’re getting everyone involved in this last Bleach arc. Nel and Pesche as Ichigo for help. Meanwhile, Soul Society is still recovering from the previous attack. Once again, Urahara comes to lend a hand. Vandenreich members discover Ebern’s medallion, with it having failed to capture Ichigo’s bankai. Looks like we’re going back to Hueco Mundo again.

Tsuchigumo History – Gyohoga Iwaya, a village with more members of the Spider Clan. I never expected Tsuchigumo to have other clan members, let alone this many. It’s good to see more Ryuji and Mamiru, and with more surprises from Mamiru! Yeah…we really don’t know that much about him. Hope he gets more spotlight scenes. While it surprised me that Hiruko was able to follow Yura and Tsuchigumo, I shouldn’t have been since it would be a letdown having an unfinished fight. But it looks like the rest of the Spider Clan that’s there are injured. Of coure, Rikuo comes to the rescue, with Dassai and Tamazuki in tow. Let’s see how these three work together in the upcoming battle! I can’t wait to see what their Matoi looks like.

Phew…been a while since our last update. While we were able to go to WonderCon a few weeks back, we were not able to go to all the other big conventions last week: Anime Boston, Sakura Con, Anime Matsuri, or PAX East. However, that doesn’t mean we were all mopey missing the conventions, because we’ve got quite a few of our own. We’ll recap our first ever WonderCon
experience in the latter half of the episode, but we’ve got something good for the first half. Tired of the episodes only being about conventions? Want to hear stuff about actual cosplay? Here we have our first detailed workshop: how to make Usopp’s slingshot from One Piece, or how to bend PVC pipe.
Have a listen, and give it a try yourself! If you’re willing, don’t hesitate to post your progress or ask for help.

And in case you missed it, we will be heading to Anime Central, joining a few others to help judge the Hallway Cosplay Contest. Come show off your cosplay and try to win a fabulous prize! We also have some great Fanime announcements at the end of the show, too. Episode 14 is a go!